I’m totally confused what to do with my lying husband.  We have been married for a short time and I have caught him in so many lies.  Often, it’s about small stuff.  For instance, he told me the other night that he was staying late in his office to work on a case (he’s a lawyer).  Upon him arriving home, I could smell the “smoke” from his clothes and alcohol from his breath.  I simply asked him, “Where have you been.”  His answer, “I was at my office like I told you.”  I nearly lost!   I told him to go into the bathroom and wipe the glitter off his face.  After I asked him “point blank” if he was at a strip club he finally admitted that he “stopped by” a local strip club for a quick drink.  Of course, an argument ensued and we ended up not talking the rest of the night.  This has been an ongoing issue in our marriage for years.  He can’t just tell me what’s really going on.  His explanation is that he doesn’t want me to get upset with him.  So, he hides the truth from me.   I’m not quite sure where to go from here.  How do I approach him?  I can’t “make” him honest or trustworthy.  He’s a big boy and needs to step up to the plate.  Dr. Jeff, any thoughts you have pertaining to my situation would be graciously appreciated.  Thanks you!

Hi Sara, the “pickle” that you are in is a difficult one on several fronts.  You have no control over your husbands “moral and value system.”  Unfortunately, preaching to him about what is “right” or “wrong” will not change his behavior.  Not to mention, it’s quite tiring being a detective in your marriage.  The first thing I will tell you is that it’s truly up to your husband to choose to make a change.  His change is not in your hands.  Now, if you and him are not familiar with talking about what’s uncomfortable in your relationship this can create major repercussions.  Many times, couples do not create “space” to talk about what’s not going well.  Often, only the “good things” are shared because there is a fear that if the truth is revealed things will turn ugly.  The only way to grow a marriage when it is stuck is to be able to talk about what’s growing wrong openly and honesty.  The fear of judgement often leads individuals to withhold information.  Now, when I offer this perspective, this does not mean that your husband is “justified” in his position and his deceitfulness.  It’s totally his responsibility to be honest.  On an individual level, he needs to change but also your relationship needs to create space for things to be different moving forward.    When I work with couples locally and globally via Skype, I often find that at the beginning information is often left out, sometimes intentionally, because of the fear of the impact it can have on the relationship.  In my experience, there is only way to things to change.  EVERYTHING must be placed on the table and both people must be vulnerable.  There is no way to “half-it” and create change.  I encourage you to find a marriage expert to address these concerns so you can move forward. I know it’s not easy to be stuck Sara.  The key is your husband’s willingness to address his dishonesty and  begin the process of addressing the problem(s) directly in your marriage.    Good luck Sara and let me know how things unfold! 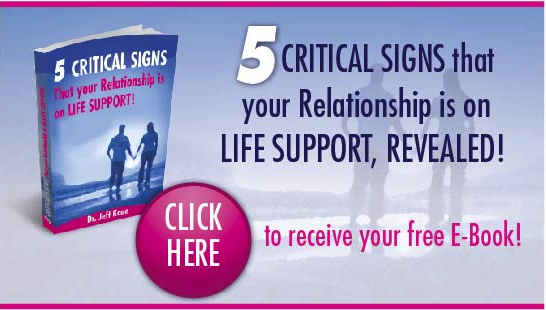